In a world rapidly changing as a result of an unprecedented pandemic, many businesses struggle to adapt. Local business directory and user review central Yelp teamed up with the crowdfunding platform GoFundMe to help business owners get by – but the way they went about it couldn’t be less ideal.

The problem – the COVID-19 pandemic

As we wrote in our article about the business impact of COVID-19, the pandemic disrupted the way many of us live and operate. Nowhere was this impact felt more than in the retail and service sectors. Grocery stores, cafes, restaurants – these (and more) had to close their doors for the foreseeable future.

This, of course, is far from ideal. Large chains have the resources and means to pivot to different business schemes to continue working, but local stores and restaurants rarely have that opportunity. A lot of small, family-owned businesses face an uncertain future – it is impossible to tell when they’ll be allowed to open their doors again. Many are fearing the possibility of having to close their doors for good.

The local business rating app, Yelp, decided to step in. Although it’s mostly known as a source of user reviews, it does offer many more features. Business owners are encouraged to stay in contact with the Yelp community – and are offered several enticing features to do so.

Although initially plagued by a wave of fake customer reviews, the company took decisive steps to prevent the system being abused. This led them to becoming one of the most trusted platforms online – and a permanent fixture in search results around the world.

This pro-small business stance makes Yelp’s scheme a little easier to understand – although it’s still baffling. You see, Yelp decided to team up with GoFundMe, one of the leading crowdfunding sites, to provide financial aid to struggling businesses by offering them an easy way to raise money.

This would be done by adding a donate button to every business page. Yelp users would then be able to donate to each business’ GoFundMe campaign with just one click, with Yelp and GoFundMe themselves matching donations for up to $1 million.

It wasn’t until March 24th, when the program rolled out, that the actual bafflement started. For some bizarre reason, Yelp and GoFundMe decided to automatically start a GoFundMe page for every single business in the system – without notifying the businesses beforehand. This was done for small businesses and larger franchises alike – everyone got a campaign.

Uhhh, what the fuck? Without my permission, or even notifying me, Yelp has created a GoFundMe fundraiser for my bar @suckerpunchpdx. pic.twitter.com/qqmn6IUSx5

Almost immediately, social media was flooded with business owners reacting with incredulity. Many thought these campaigns were some sort of scam – until they discovered the truth. The obvious fact that this could be mistaken for a fraud seemingly escaped both Yelp and GoFundMe.

Ultimately, the criticism boiled down to the fact that neither Yelp nor GoFundMe asked any businesses for consent. Instead, it drafted thousands of businesses into their program under nebulous terms of participation. Combined with the current situation, this proved to have extremely bad optics.

The trouble didn’t stop there, however. Angry business owners were surprised to discover how obtuse and unfriendly the opt-out procedure was. Among other things, the process requires the business to submit a scan of the owner’s ID – which many people are understandably reluctant to provide. After all, would you trust someone who just pulled you into a crowdfunding campaign without your consent?

As a cherry on top, GoFundMe also takes a cut of every crowdfunding campaign on the platform. This isn’t news by itself – after all, this is how the platform makes its money. By default, GoFundMe takes 2.9% from most campaigns. For this scheme, however, the default “tip” was set at 15%. Although that could be changed by business owners, this was not made clear – as with most things about this entire mess.

Ultimately, Yelp and GoFundMe decided to pull the plug on the whole project. In a statement released to the press, Yelp declared:

[…] it has come to our attention that some businesses did not receive a notification with opt-out instructions, and some would have preferred to actively opt-in to the program. As such, we have paused the automatic rollout of this feature, and are working with GoFundMe to provide a seamless way for businesses to opt into the program moving forward, as we have received a great deal of interest and support for the program from both consumers and businesses alike.

Aside from ceasing the creation of new campaigns, donation buttons were removed from a lot of businesses – especially larger ones belonging to chains. The damage has been done, however – and a lot of business owners were left with a sour taste in their mouths.

The COVID-19 pandemic is a once in a lifetime world-changing event. The impact it has had on our daily lives cannot be overstated – it touches every aspect of our daily lives. It’s almost impossible to predict how the situation will develop – after all, we’re still in the very early stages. Nobody knows when we can go back to normal – if ever.

As such, current conditions should be approached with caution. Many businesses and industries will have to do their best to adapt to the situation. The way they do so, however, must be well thought out and carefully considered. Yelp and GoFundMe learned the hard way how easy it is to make yourself seem opportunistic – only out to make a quick buck. 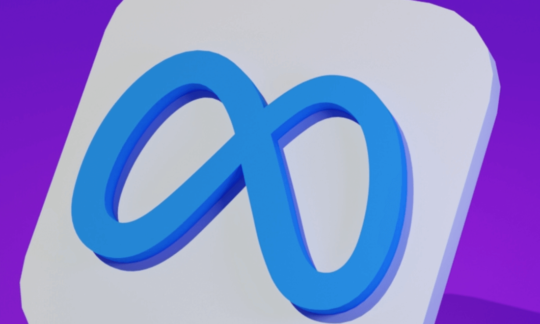 The three reasons Meta is in trouble