by Eszter Vida on

25 years of silence. Before the online storm. The world premiere of the new season hit the world on May 22 and it instantly broke the internet, flooded social media, and lit up the Cooper-related online discussions. Lynch has come back and social media went nuts. But what did really happen? We’ve dug deep into the web to find all traces of online Cooperism. Here is what we’ve found.

How much does Europe love Twin Peaks?

The love for Twin Peaks has no boundaries – there is population of about 739 million fans. Nor does social media listening when it comes to creating an international map on this topic. We’ve checked how Europe reacted to the season premiere. On the left map you can see the summary of all Twin Peaks-related mentions and online interactions from the last 6 months. On the right side, you can see the results of the pre-launch period – the last three weeks, to be precise (2017, May 4 – May 25). 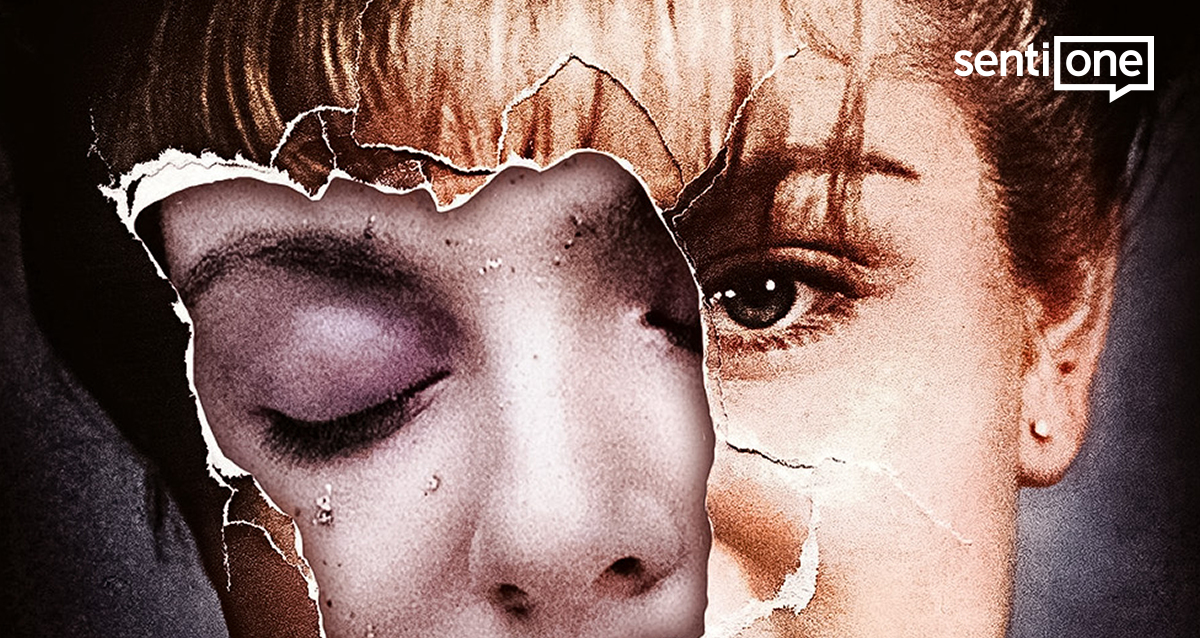 Which countries love Twin Peaks and who is ‘not that much into it’?

The darker green the area gets, the more significant the share of positive online mentions with regard to the Twin Peaks topic. In Ukraine, for example, there was a love-ageddon when they heard that Cooper was about to make a long-awaited come back. Though, before and after the premiere there was a huge step back in their enthusiasm. Maybe they did not like what they saw after all? Middle Europe, on the contrary, was all over the topic and reacted quite heartly to the new episodes. 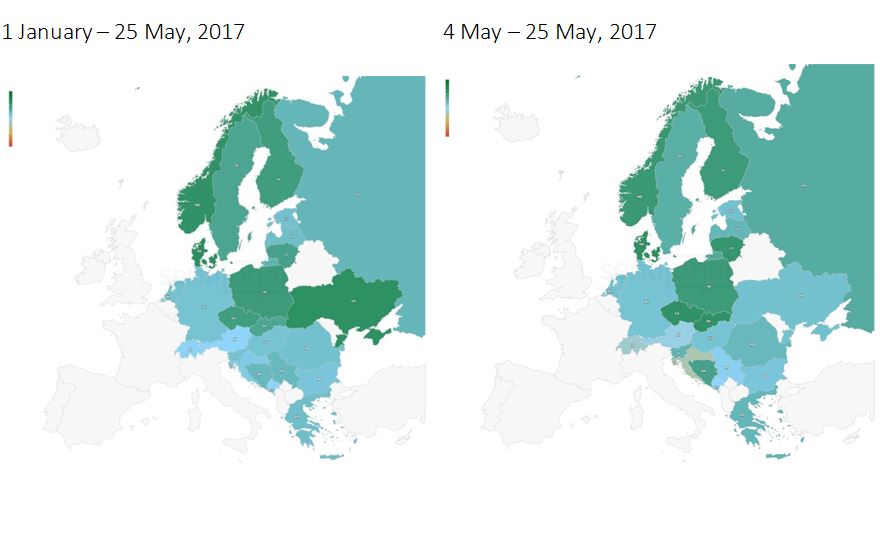 Below, a map that shows how often people chit-chatted about Twin Peaks online – both on social media (Facebook, Twitter, Tumblr, YouTube, Instagram) and other channels like forums, blogs, websites. The darker blue the area gets, the more people have reacted to the topic. Poland rules the field – both in terms of this year and the pre-premiere weeks. There are indeed a whole lot of Polish Cooper-fans. Finnish and German internet users also made their interest in the topic quite clear through online discussions, and Russia just missed the honourable position in the TOP3. Although, their interest has significantly declined just before the premiere has launched. 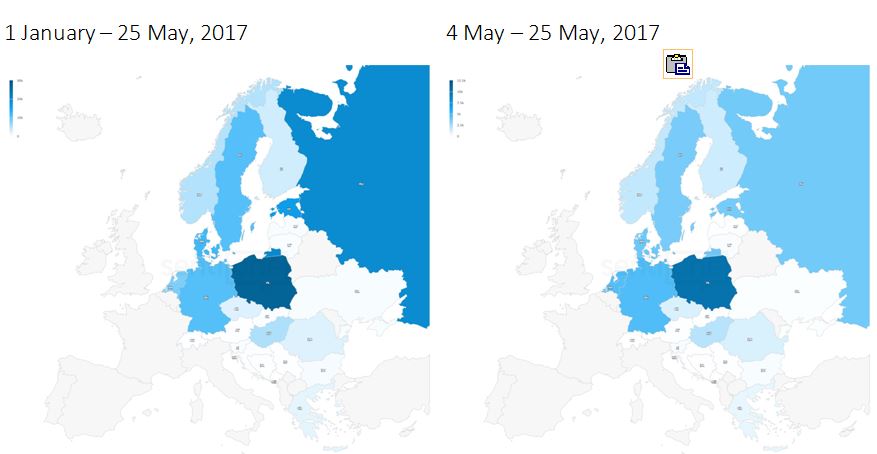 The battle of genders: women vs men

And finally, let us show you which gender was more interested in the Cooper phenomenon!

The warmer shade of pink the country gets, the more women discussed the topic. It seems that is exactly the case in the Northern regions. Middle Europe’s Twin Peaks discussions are quite masculine, apparently.

Meanwhile, Latvia can not make up his/her mind.

In the last half a year, it was clear that the online conversations were led by women. But if we take a closer look at the three weeks that preceded the launch of the 3rd season, well, it was definitely owned by men. Maybe, women were enchanted and drawn online by the reappearance of Dale Cooper, but actually were not quite interested in the series itself after all? 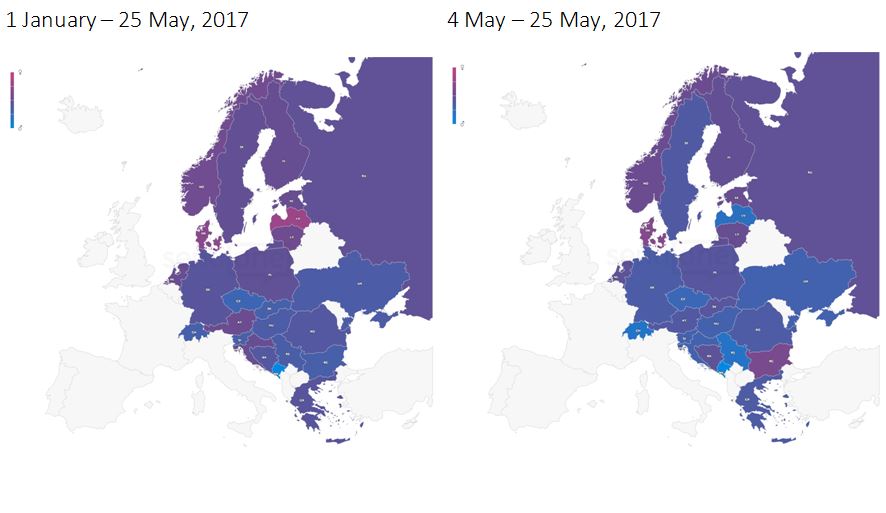 Not like Bulgarian women. They definitely took charge of the Twin Peaks’s related online discussions before the premiere.

You can find a lot of interesting and surprising insights online. Actually, you will find it. You just need to know where to look and get a perfect tool to raise the relevant data to the surface ?