The world of social media continues to be an exciting one. As new platforms emerge, new possibilities for marketing and customer service appear with them. In this article, we’ll take a quick look at the top 7 best social media platforms in 2020.

Facebook remains king of the social media landscape even in 2020. Significant shifts have occurred on the platform, however – Facebook significantly fell out of favour with younger people. While 71% of American teenagers used Facebook in 2015, that number fell to 51% by 2019.

Facebook’s user base skews heavily towards mobile users – 94% of Facebook’s advertising revenue comes from mobile. As such, ensure your content and advertisements are optimised primarily for mobile devices. Your campaigns should be geared towards a slightly older audience.

TikTok took the world by storm in 2019. The Chinese video app quickly endeared itself to users and brands alike. Since its user base is composed primarily of younger users, it allows marketers to unfold their creative wings and explore new frontiers of advertising. This resulted in a wave of clever, witty campaigns which perfectly fit in with the cutting and witty sense of humour of gen Z and millennials.

Despite being one of the best social media platforms in 2020, TikTok is not without its problems. A recent disclosure revealed staggering amounts of undisclosed data collection by the app. Mounting political tensions have contributed to significant legal attention being paid to the platform by governments. United States Secretary of State Mike Pompeo has even announced that the platform might be banned in the USA. In early July, the Indian government banned TikTok alongside 57 other apps of Chinese origin.

While TikTok continues to enjoy heavy popularity despite these setbacks, its unavailability in large markets will undoubtedly result in alternatives gaining popularity. We recommend keeping an eye on the situation.

Instagram continues to be one of the most important platforms to maintain a presence on. With over a billion monthly active users – half of whom use the app daily, it’s certainly not a social network that can be overlooked. A solid presence on Instagram is especially important to any company striving to reach younger customers, who make up 71% of the app’s user base.

Instagram seems particularly suited towards businesses – and it’s not shy about it. Over 70% of American businesses use Instagram and consider engagement on the platform the most important metric. With great features for sponsored content, easy ways of reaching influencers and a welcoming community, it’s going to be hard to topple Instagram as one of the most important social media platforms around.

Despite being dismissed by some businesses, Twitter continues to remain an important marketing platform. Many businesses don’t understand the way Twitter is supposed to be used – but those who “get it” reap benefits.

Twitter is also a fertile ground for discovering new trends and keeping in touch with the zeitgeist. Many trends originate in conversations that take place on the platform every single day. Twitter knows this – approximately 79% of its users are on the platform primarily to discover “what’s new”.

As such, it’s crucial to remain plugged into the Twitter ecosystem. Understanding the way its users interact and communicate on the platform will allow you to stop passively looking for trends – instead becoming a trendsetter.

YouTube is, was, and likely will continue to remain the only game in town when it comes to online video. It’s important for marketing for one simple reason – it’s the biggest social network ever, with two billion active monthly users.

As such, it’s important to hone up on your YouTube content strategy. 70% of users primarily watch videos recommended to them by the YouTube algorithm. Understanding what works and what doesn’t on YouTube is crucial.

YouTube is also extremely popular for influencer marketing. Since 73% of all American adults use YouTube (more than Facebook, coming in at 69%), identifying and collaborating with content creators is one of the best ways to make your brand known. 81% of American zoomers (15-25 years old) use YouTube. That demographic is one of the most difficult to reach, marketing-wise – but not on YouTube.

Speaking of influencers, let’s talk about Snapchat. Despite its former reputation as the app nobody except millennials understands, Snapchat became one of the most important “secret weapons” in every marketer’s arsenal.

The best part about this turnaround is that Snapchat didn’t even have to do anything. Millennials and Gen Z simply became the most important demographics for marketers. And since many of them are on Snapchat (69% of American 13-to-17 year olds and 62% of American 18-to-29 year olds), you should definitely not dismiss Snapchat’s potential as a marketing channel.

Keep in mind that the younger audience on Snapchat will require a tailored approach. The principle is the same as TikTok – spend a lot of time learning how Snapchat users engage with the app. Sincerity is key! There’s nothing worse than being relentlessly mocked online by thousands of zoomers, after all.

Let’s do a complete 180 and turn our focus away from zoomers and towards the world of business professionals. There is still no better place to reach a professional audience than LinkedIn.

From promoting your brand, through discovering industry insights, to scouting new talent – LinkedIn has it all. Many of us use it as a matter of necessity, but few realise its potential as a marketing tool. LinkedIn is actively working on changing that perception, though. According to LinkedIn’s own report, its Marketing Solutions department is the fastest growing part of the social network.

Of course, marketing isn’t the only thing LinkedIn’s 690 million users get up to. LinkedIn is one of the best places for professional educational content – in March alone, the network’s users watched over four million hours of video on the LinkedIn Learning platform.

LinkedIn is brimming with exciting possibilities for brands – and we can’t recommend getting involved in the platform enough.

The social media landscape continues to change and shift as new trends and platforms emerge. Keeping a watchful eye on any changes will likely remain the favourite pastime for any digital marketer.

When it comes to identifying emerging trends, you just can’t beat social listening. Our flagship product, SentiOne, is a complete online monitoring solution – tracking sources as diverse as social media networks, blogs, review sites, forums, and much more. Contact us to schedule your free trial today.

WhatsApp chatbots and why they matter 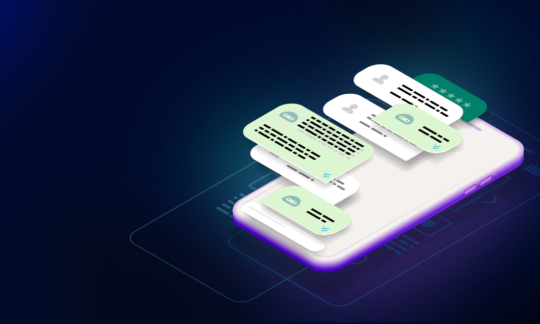