The problem of originality

We live in an age in which maintaining a social media presence is no longer optional. Whether it’s Twitter, Facebook, or Instagram, customers expect to find your business on their preferred social networking site. As such, every marketing strategy has to include a wealth of content to be shared with potential customers on social media platforms.

Unfortunately, this has a side effect – all brands (no matter their business line) compete for the same target audience. They have a limited amount of attention to devote to social media networks, after all! It’s hard to stand out from the crowd if everyone’s doing the same thing.

Don’t worry – we’re here to help. In this article, we’ll introduce three inspiring social media profiles and how they manage to set themselves apart from the competition. These brands subvert popular social media platforms to present themselves in a unique, fresh way.

At this point, Wendy’s official Twitter account is considered a textbook example of unorthodox social media management. Its sharp wit and ability to stay on top of current trends and memes is well-known by now.

Wendy’s remains the king of fast food social media, and they’re not going to let you forget that fact. Not even rival brands are safe from their wrath – just look what they did to poor Burger King! 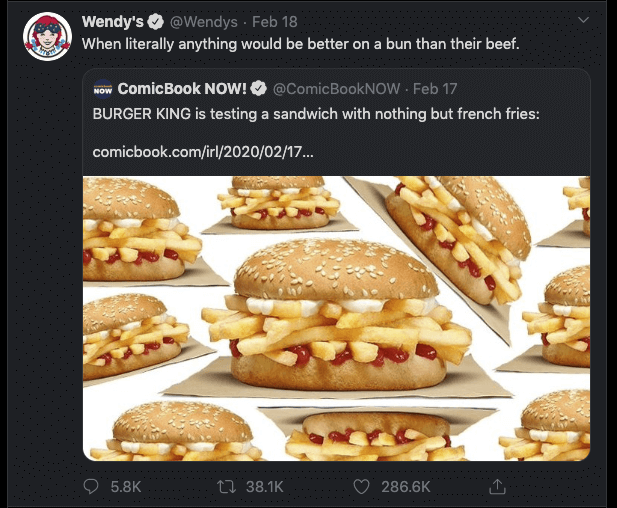 Their approach to social media is staggeringly simple – and that’s precisely what makes it so effective.

Most brands on social media play it safe, broadcasting an air of professionalism and propriety. While that is the expected behaviour in the “real world” of suit-and-tie business, it’s the complete opposite of what social media users do or expect.

Therefore, Wendy’s drops the pretense – they don’t attempt to appear “professional”. Instead, they allow themselves to participate in the frivolous (cheeky, even) conversations, therefore appearing authentic and resonating with a broad target audience.

This approach won’t be unique for long, but even among a sea of imitators, messages with a bit of cheek and personality capture attention. Nothing makes users’ eyes glaze over quite as much as corporate speak!

Among the most interesting recent developments in social media marketing in recent years was the discovery of outrage marketing. Simply put, outrage marketing plays on people’s emotional response to events and ideas. It’s easier to describe using an example, so let’s take a look at Nike’s 2018 ad campaign, starring Colin Kaepernick.

Kaepernick made a name for himself not only by being one of the greatest athletes in American football, but also for his unyielding and outspoken political stances. In particular, he started the practice of kneeling during the national anthem as a protest against police brutality. This, obviously, turned out to be divisive.

It was this division that Nike capitalised upon when they released their 2018 campaign. Very quickly the company was accused of promoting a political stance – which directly led the more reactionary parts of social media to respond.

And respond they did – in a dramatic, radical act of protest, no less! Social media users who disagreed with Kaepernick’s politics quickly began filming themselves burning, shredding, or otherwise destroying their Nike products as a political statement.

This rather bizarre act quickly captured the mainstream media’s attention. Suddenly, Nike’s own marketing campaign got overshadowed by the massive conversation about these ridiculous internet people burning their expensive footwear!

It wouldn’t be long before other people started to emulate the same approach. Notably, Paramount Pictures released the now infamous trailer for Sonic the Hedgehog a couple months later.

In case you didn’t know, Sonic fell on hard times following his heyday in the 1990s. After a string of underwhelming video games in the 2000s and 2010s, he was mostly seen as the butt of a joke to everyone but the small (but devoted) fandom.

The trailer didn’t help this perception.

Needless to say, the trailer took the world by storm, for all the wrong reasons. It took less than a day for it to take the internet by storm, with fervent discussion about the trainwreck that was Sonic the Hedgehog being on everyone’s lips for weeks on end.

Unsurprisingly, Paramount announced that they were pushing the film back in order to redesign the main character. A lot of speculation followed – was this planned from the start? Did Paramount intentionally release an awful trailer to generate the buzz?

We never got official confirmation, obviously. However, if it weren’t for the creepy design, Sonic the Hedgehog would have ended up being just another film based on a video game. While it earned a certain degree of notoriety, it begs the question – at what cost? 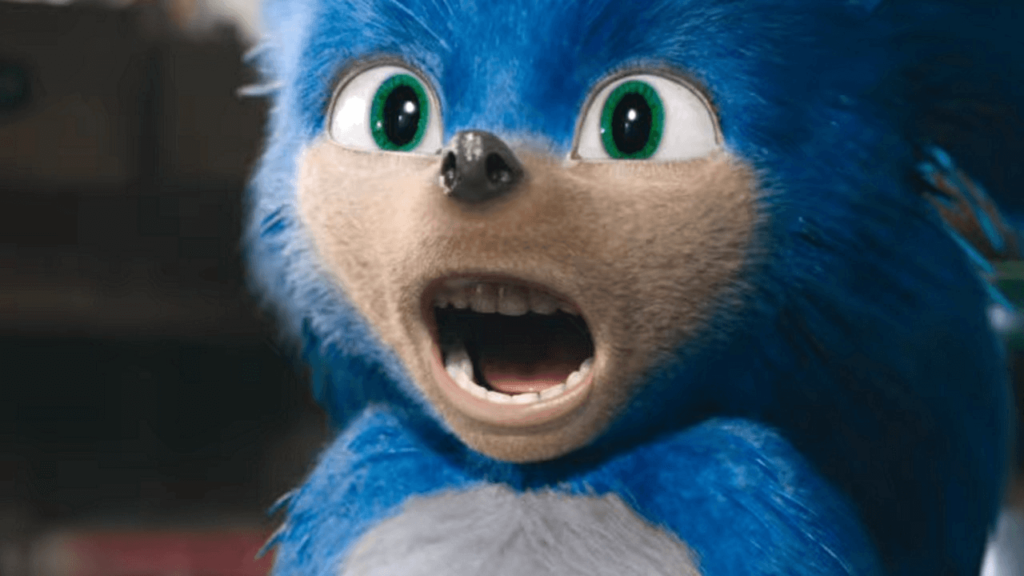 Finally, we come to Boiler Room – one of the prime examples of making social media turn even the most haphazard operation into a massive success.

For those not in the know, Boiler Room is a long-running series of music events taking place in unconventional venues all over the world, usually secret.

The gimmick is that the actual event is limited to a very small number of attendees, selected through social media. Most of the audience stays at home, watching the performance being broadcast live on the internet. The earliest Boiler Rooms took place in actual, well, boiler rooms – streamed through a small webcam taped to the wall.

On the surface, Boiler Room doesn’t do anything out of the ordinary on their social media profiles. They share photos, links to upcoming events and performances and – of course – new music.

The trick, however, is that their clout comes from other people talking about the brand. From the very beginning, Boiler Room positioned themselves as an “exclusive” event – hence the secret locations, limited guest lists, et cetera. Being invited to a Boiler Room is still considered a rare honour.

This approach clearly worked – Boiler Room only keeps rising in popularity. From a small service space and a duct-taped webcam, the project evolved. Now, Boiler Room is a series of events all around the globe, a music festival, and a variety of other side projects. Their unique approach to social media established them as a household name in underground music circles – and they’re likely to stay that way for a long time.

Your key takeaway from these three examples should be that social media is not “solved”. There is no “right way” to do things – after all, almost three billion people use social media sites. This means there’s almost always a guarantee that our content will appeal to a segment of the user base. You can’t please everyone; focus on the users you want to reach.

Figuring out who your target audience is, however, requires some legwork. Thankfully, analytics and social media listening solutions can help make it a breeze. Our very own SentiOne can tell you all about who’s talking about your brand online! Get in touch with us to schedule your free trial period.

The Basics of Online Reputation Management 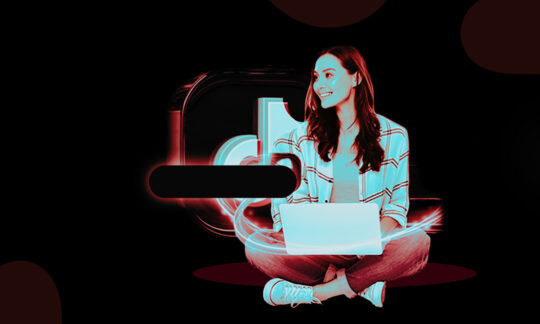