As you well know, the SentiOne platform is based on several state-of-the-art natural language processing (NLP) algorithms. Because of this, our social listening tools have extensive sentiment recognition capabilities, while our chatbots can boast top of the class intent detection accuracy. This means SentiOne bots are now able to understand customer intent nearly as well as humans! 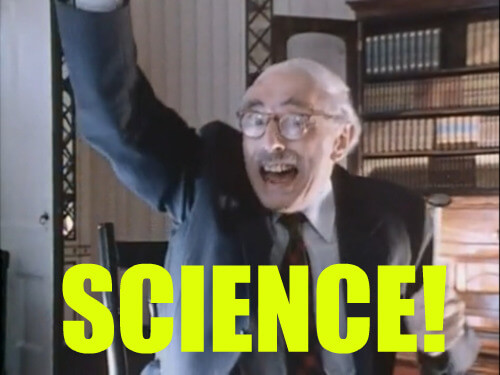 More specifically, our claim of having the best intent recognition in the business is backed by the Intent Detection Leaderboard run by the Papers With Code scientific repository.

The rankings are based on the results demonstrated within the paper, which have to be achieved on the same dataset. In the case of the Intent Recognition Leaderboard, the ATIS dataset is used.

The ATIS (Airline Travel Information System) dataset is an industry-standard intent detection benchmark. It is composed of various statements dealing with air travel – such as booking a flight. The goal is to recognise the intents behind each statement as accurately as possible.

Our paper, entitled Transformer-Capsule Model for Intent Detection (Obuchowski, Lew, 2020) has reached #1 on the leaderboard with an accuracy result of 0.9889. The top spot was previously occupied by a different paper (A Novel Bi-directional Interrelated Model for Joint Intent Detection and Slot Filling, Haihong, Peiqing, Zhongfu, Meina, 2019) which delivered an accuracy score of 0.9776.

“The approach described in our paper uses a transformer-type neural network, the current darling child of the machine learning space, thanks in part to the BERT model. This, in turn, is combined with so-called capsule networks, which until now have been primarily used in image recognition” says Michał Lew, head of AI at SentiOne.

“Neural networks of this type are characterized by effective concept relationship modelling – our goal was to help the network better understand the context of each statement”.

So what does this mean for business? Intent recognition is primarily used in chatbots – programs designed to mimic humanlike conversations in order to get things done. They are one of the most versatile user interfaces around – just think how easy Siri or Alexa makes your life!

The success of these user interfaces depends on good intent recognition. Although companies like Apple and Amazon enjoy great accuracy as a result of billions of dollars in research investments, the results of these investments are kept secret. The algorithms driving Siri and Alexa are proprietary – nobody but their owners can make use of them.

As a result of agreements made by SentiOne and its partnered scientific institutions, we make any results of our research available to the public. This means that anyone can make use of our advancements.

In the long term, this will mean an explosion of chatbots (and other user interfaces that need to recognise user intent) based on our research data. The technology is becoming more accessible than ever before – even the smallest companies are beginning to roll their own chatbots. Companies dedicated to providing chatbots for corporate clients are also more numerous in size.

Chatbots were already enjoying a constant, rapid growth in popularity. Because the technology keeps getting better, this trend is unlikely to change. According to a poll by CCW Digital, 80% of surveyed companies are looking to adopt chatbot technology in 2020 – and this number is only sure to rise by next year.

SentiOne is built on technology researched and developed hand-in-hand with leading scientific and research institutions all over Europe. Our agreements with our partners require us to publish the results of our research – which we are happy to do, as they benefit the industry as a whole.

Our most recent paper was initially presented at the 33rd Association for the Advancement of Artificial Intelligence (AAAI) conference in New York City, earlier this year. It was well received at the time, and made it into the top 20 of its category.

Aleksander Obuchowski, the AI researcher who presented at the conference, had this to say:

‘This model is able to achieve state-of-the-art results, outperforming other solutions by a large margin. Our architecture is a combination of the most prominent solutions in language modelling and capsule neural networks that are said to be the future of AI. This system was developed at SentiOne and is used with the latest chatbot technology’. 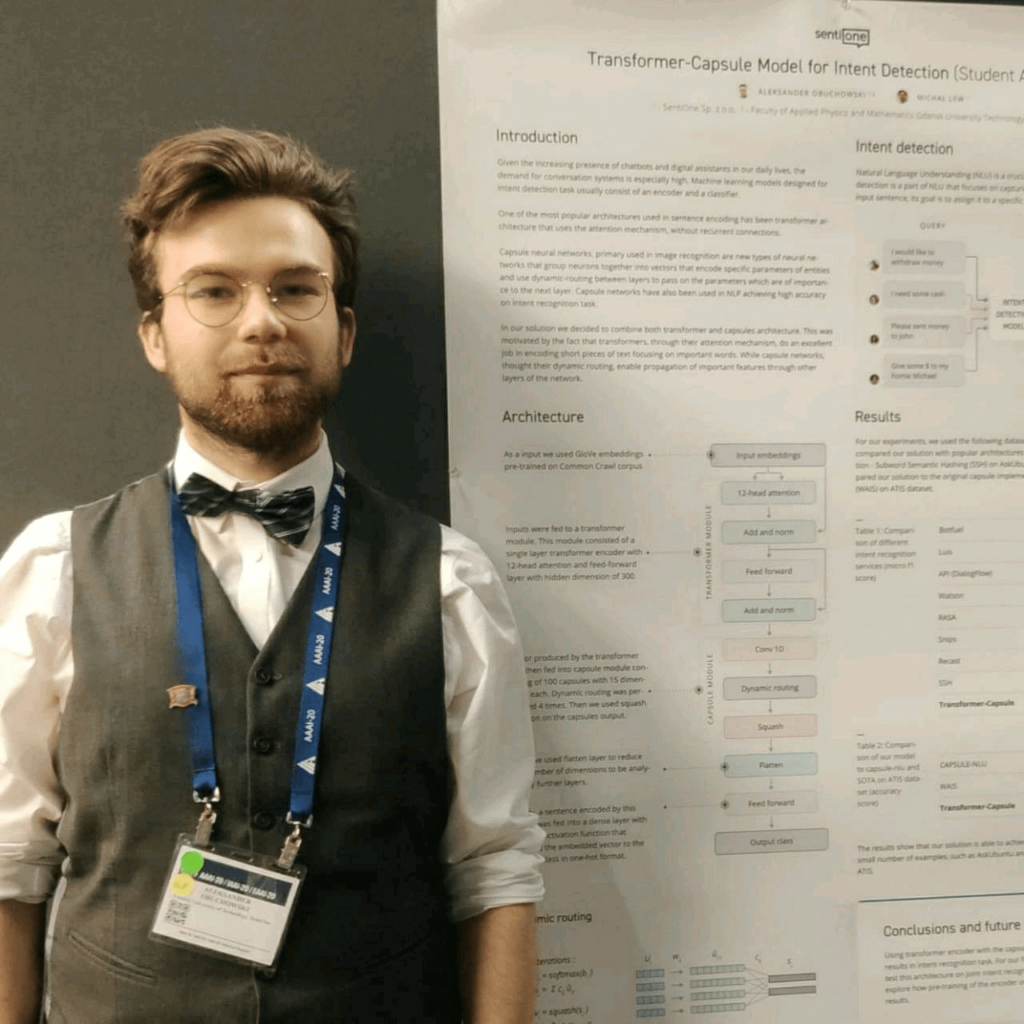 SentiOne recognises the importance of open science. Our solutions wouldn’t have been possible without the significant contributions of researchers and scientists – and we’re happy to give back to the community. We will be making further announcements about our research progress as new developments arise.

SentiOne is an omnichannel social listening, customer service and chatbot platform. Powered by state-of-the-art natural language processing algorithms, it is capable of servicing both large corporations and small businesses alike. Get in touch with us to schedule your free trial today!