The management board of SentiOne has officially registered SentiOne MENA in the United Arab Emirates in partnership with Seed Group, a company of Sheik Saeed bin Ahmed Al Maktoum. Since entering the Middle East market in May, with a base in Dubai, the Polish startup has already held 21 sales meetings with companies interested in using advanced conversational artificial intelligence (AI) technology. By the end of the year, SentiOne plans to acquire 4 pilot implementations with an average value of US$ 1.6 million per client. Sentione has already started work on new natural language understanding algorithms for the Arabic language. 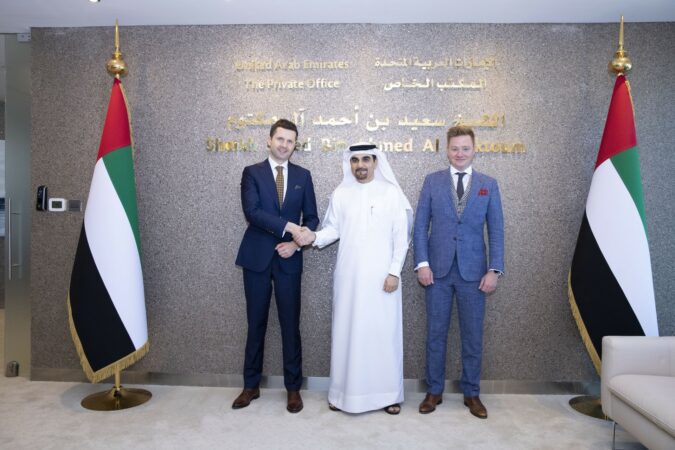 Polish SentiOne further strengthened its foray into the Middle East and North Africa (MENA) region by registering it in Dubai last week as a Limited Liability Company in Dubai. Notably, the Seed Group supports global and regional companies in the innovation and new technologies sector to expand and operate in the region effectively.

Kamil Bargiel, CEO and founder of SentiOne, said, “From the beginning of cooperation with Seed Group, we have held 21 sales meetings with the high-level management from banking, hotels, and real estate companies. All of them are interested in further cooperation and testing the SentiOne technology among their customers. Some of them already use such solutions, however they have issues with the quality. We are a supplier of a new generation of voice assistants, much more advanced and more effective. We are already working on new natural language understanding algorithms for the Arabic language. Our goal is to obtain four pilot implementations with an average value of US$1.6 million per customer by the end of the year, and then bid for three implementations worth US$ 2 million each by the end of Q1 2022.”

The Seed Group investment fund supports foreign companies that want to develop in the MENA region, helping to introduce products to the local market and sharing their know-how with new companies. During 17 years of its presence, it has carried out dozens of multi-million transactions and managed investments worth over US$ 1.6 billion. So far, the group has invested in 42 startups from around the world.

SentiOne is the first Polish company that Seed Group has invited to cooperate after analysing the activities of all European companies involved in the development of AI. This choice was determined by, among other factors, a high level of technological advancement of solutions being offered for over 10 years. SentiOne uses its technology in all its products – internet monitoring, a customer service platform that automatically suggests the best solutions in a given situation, and chatbots and voicebots that understand the speaker’s intentions effectiveness at a 96 percent accuracy level.

“Coming November, we will be visiting Dubai for a few weeks to participate in tender meetings. As we know by now, the MENA market is based on building relationships. One of the board members of SentiOne will be moving there for a long time, because we want to really focus on development in this region,” added Bargiel.

Today, SentiOne works with over 400 brands in over 30 markets, including Procter & Gamble, McDonald’s, Nike, Unilever, Beiersdorf, Tesco, Starcom, Mindshare, Mediacom, Saatchi & Saatchi and many more. At the end of 2020, the company has already acquired a strategic partnership with the European EIT Digital incubator, which connects technology companies with enterprise clients in the European Union and Great Britain. In 2020, SentiOne was awarded the title of the finalist of the EIT Digital Challenge and was among the top 20 technology companies in Europe.

SentiOne is adding Russia, Ukraine and Montenegro to its social listening.