Marketing a new product – or an entirely new brand – is a challenging task. Only the strongest companies on a given market can easily introduce new offerings and expect a reasonable measure of success; the rest of us have to rely on our wit and cunning to make it.

It’s not all doom and gloom, however – small and medium sized businesses outnumber the large ones. As such, there’s no shortage of resources and strategies that have been tried and tested. Learning from the successes (or failures) of others is never a bad idea.

Branding is the art of determining your current and desired market positions and then getting there; just like with real life voyages, though, plenty of methods are available to any would-be traveller.

Common wisdom often shared with would-be prisoners is that in order to survive, they need to locate the meanest, toughest inmate and punch them straight in the face. This is exactly what the arm wrestling branding strategy is all about: identify the market leader and throw down the gauntlet.

History is full of these types of rivalries – Edison versus Tesla, Pepsi versus Coke, Apple versus Microsoft… The list keeps going. The basic principle is that both brands offer a similar product, giving customers an easier “in” for new offerings: “it’s like X, but better!”

There’s a disadvantage to this approach, however: it requires either a lot of investment (after all, you’re likely to compete against a massive marketing budget, or a really, really good product. While the strategy may seem appealing, unless you have the resources to back up your swagger, it’ll be less David vs Goliath and more Tokyo vs Godzilla.

Nobody said you have to meet your market rivals on even ground, though! Arguably, you never are – after all, market leaders have an inherent budget and recognition advantage over you anyway. Capitalism is inherently unfair – everyone’s fighting dirty, and so should you.

One of the easiest ways to gain an advantage over the market leader is filling a niche that they’re ignoring – if their product doesn’t cater to a specific market segment, you can establish yourself as the top brand in that niche. For instance, if a not a lot of marketing agencies on a given market cater to, say, the automotive industry, setting up a company with the relevant skills and experience seems like a no-brainer.

Careful, though – once your efforts start paying off, bigger brands that may have ignored your niche thus far may want to start expanding into your newfound territory. Being the first to market doesn’t mean long-term success, after all.

The 1980s were a weird time for computing. By 1981, there were no less than a dozen different computer platforms and standards from manufacturers such as Commodore, Apple, Atari, Sinclair, and more. All of them were largely incompatible with each other, due to differences in hardware architecture and custom chipsets employed.

As such, the market and user bases were split based on hardware preference. Not all in-demand software received ports to every major platform, and computers were a large investment at the time, with some platforms only receiving a couple of years of market time.

The conditions weren’t ideal, but they provided an opportunity for computer manufacturing giant IBM to reframe the market. When it came time for IBM to introduce a personal computer, compatibility became their top priority.

Because of the open architecture that lent itself to expansion (and cloning), IBMs aggressive marketing strategy and powerful hardware led to very quick adoption in business and home settings alike. Suddenly, every computer manufacturer had to introduce IBM PC compatibility.

The strategy paid off – almost forty years later, the IBM PC architecture is still the dominant standard in computing. By changing the market, IBM extended their rule over the computer industry for several decades. 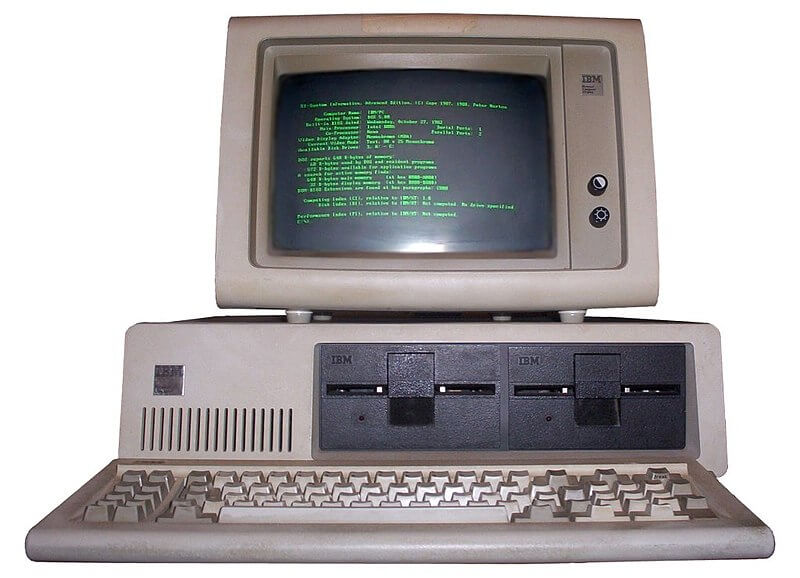 Believe it or not – we still use these!

The lesson here is that identifying and fixing pain points can often force other market entities to follow in your footsteps. This establishes your brand as a leader instead of a follower.

Sometimes, though, you don’t have competition. Sometimes you stumble across an idea that can define a completely new market.

Which is exactly what happened with YouTube. In case you don’t remember what the internet looked like before 2005, the way we watched video was by downloading them onto our computers – video sharing sites were nothing more than a list of download links.

By employing advancements in compression and streaming technology, YouTube changed the world and officially began the age of streaming media. Without it, we wouldn’t have Spotify, Twitch, or Netflix.

And hey – they still don’t have a viable competitor, because not only were they first to market, they also knew how to attract users and keep them using the service. Their recommendation algorithm foreshadowed the sort of solutions that still define social networks such as Facebook and LinkedIn.

Choosing the correct branding strategy depends on many factors: the type of your product or service, the market conditions, and the resources you can commit to marketing activities.

Identifying market conditions and customer needs can be challenging. Thankfully, social media monitoring software can help you keep your hand on the pulse of the internet, track competitors, and figure out the next great product idea. Get in touch with us and schedule a free trial today!

How to develop a bot persona?

How to set up Twitter for business and use it successfully in 2019?